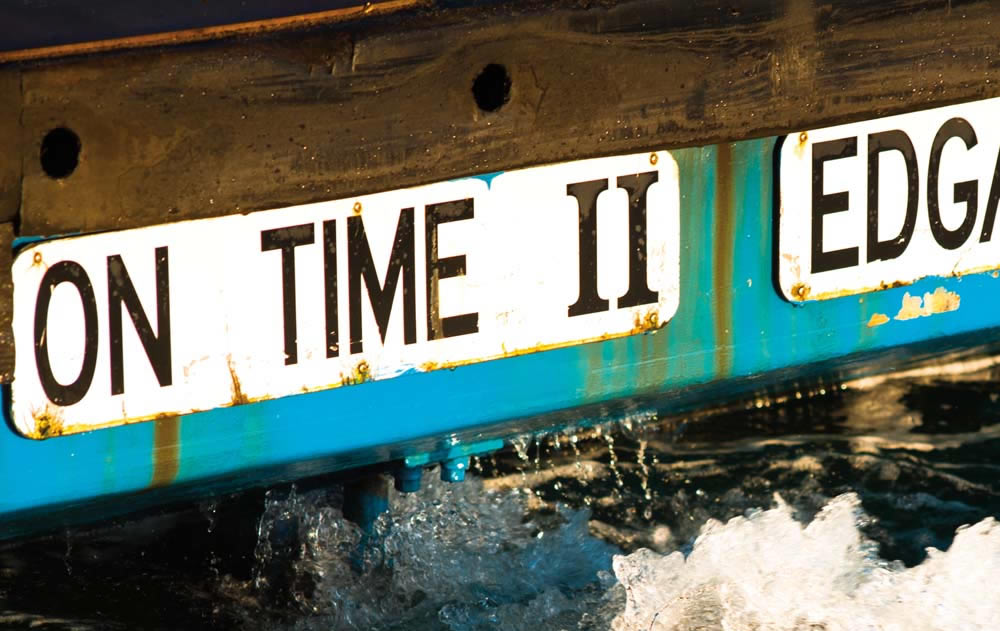 It is the oldest business on the waters of Martha’s Vineyard, and quite probably the third or fourth oldest on the Vineyard itself.

For thirty-seven years, the Chappaquiddick ferry was owned and skippered by a blind man. It has been struck by a seaplane, splintered by a hurricane, and burned by a mid-channel fire. The ferry served as the setting for a pivotal scene in “Jaws” (as well as a principal camera boat) and played a role in a tragic car accident that changed not only the undiscovered island of Chappaquiddick forever, but possibly American history too.

These events –- and many more –- have all happened on the stone’s-throw route between the Islands of Martha’s Vineyard and Chappaquiddick. And now “The Chappy Ferry Book: Back and Forth Between Two Worlds –- 527 Feet Apart”, by Tom Dunlop, tells the amazing, dramatic, myth-busting, two-hundred-year-old story of the Chappaquiddick ferry for the very first time.

Generously illustrated with historic, previously unseen pictures as well as contemporary photographs by the acclaimed Vineyard photographer Alison Shaw, the book also includes a DVD –- “The Chappy Ferry Movie” -– a fifteen-minute film by John Wilson and hosted by Chappy summer resident Dick Ebersol, former chairman of NBC Sports, which weaves together interviews with owners and captains, as well as clips of the ferry at work going back to World War II.

To order, please click the cover of “The Chappy Ferry Book” to the right!

THE CHAPPY FERRY BOOK:
Back and Forth Between Two Worlds ~ 527 Feet Apart
By Tom Dunlop, with photographs by Alison Shaw, and a short film on DVD by John Wilson

Summer Schedule: starts on the Thursday before Memorial Day and continues through the Saturday in mid October when the MV Derby ends.

Winter Schedule: starts on the Sunday after the MV Derby ends and continues through the Wednesday before Memorial Day.